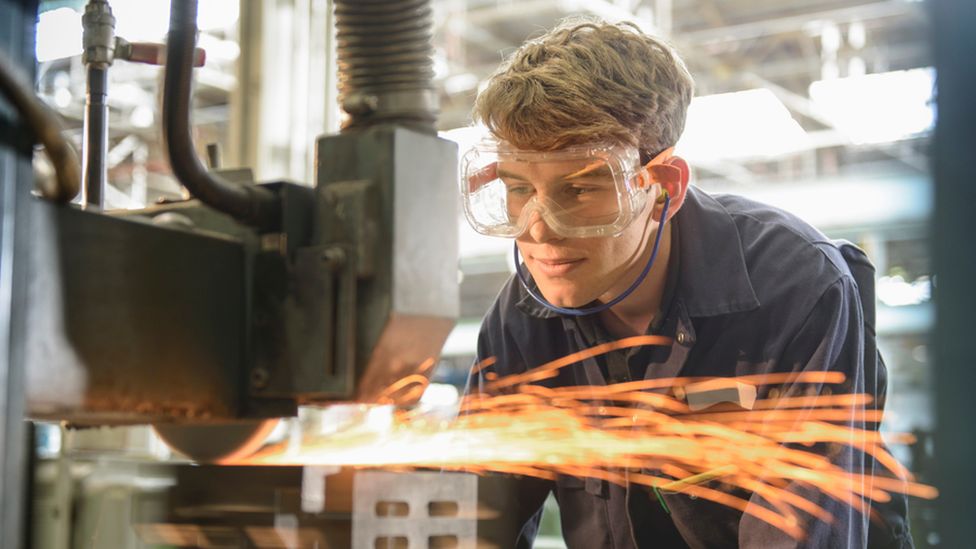 The boss of a business lobby group will tell the government to "get its house in order" to "save the economy" as firms struggle with higher prices.

Shevaun Haviland, director-general of the British Chamber of Commerce (BCC), will tell a conference that time is running out to help the economy grow.

The government said it was supporting businesses "navigate the months ahead".

Ms Haviland will tell audience members at the BCC's global annual conference on Thursday that the government has "until the Autumn budget to reset, rethink and get their house in order".

"This has to change; we are on limited time," she will say.

"They [the government] need to put in place support for businesses now to weather this storm. And, secondly, they need to work in partnership with us to develop a long-term economic strategy for growth."

A Treasury spokesperson said the government had "cut taxes for hundreds of thousands of businesses" by increasing the employment allowance and cutting fuel duty.

"We understand that people are struggling with rising prices, and while we can't shield everyone from the global challenges we face, we're supporting British businesses to navigate the months ahead," a statement said.

"We've also introduced a 50% business rates relief for eligible high street businesses, and put the brakes on bill increases by freezing the business rates multiplier, worth £4.6m over the next five years."

Prices are rising at their fastest rate for 40 years with UK inflation at 9.1% in May.

Businesses, as well as households, are being hit by higher prices, with fuel and energy prices at unprecedented levels.

The lobby group's boss will also say that higher costs for raw materials over last summer, supply chain and shipping issues, problems in recruiting people, and future energy price rises is "firmly putting the brakes on" the country's economic recovery from the pandemic.

The energy price cap, which limits how much suppliers can raise the cost of household bills, went up to an unprecedented £1,971 in April.

This means that households using a typical amount of gas and electricity are now paying an extra £700 per year on average. This is expected to rise by a further £800 a year in October.

But unlike households, firms are not protected by an energy price cap, which the BCC has said means they can't predict what bills will be from one month to the next.

Fears over the prospects for the UK economy have also grown after latest figures showed it shrank in April, with businesses feeling the impact of rising prices and signs that people are cutting back spending.

It has led to some analysts warning the UK risks falling into a recession, which is defined as the economy shrinking for two consecutive three-month periods.

The cost of living has pushed unions to demand pay rises, leading to some workers going out on strike in recent weeks, with more walkouts planned over the summer.

RMT Union members walked out last week in what was said to be the largest industrial action since 1989, with services across the country cancelled.

More rail workers are set to walk out along with Royal Mail staff in July. British Airways check-in staff at Heathrow Airport have also voted to go on strike over pay.

Ms Haviland will say her in speech that a solution to strikes will come from "cooperation not confrontation, because the consequences of ongoing strikes will have a major impact on everyone".

"Businesses will struggle, people will lose out and the economy will suffer," she will say.

Separately, Ms Haviland is expected to call for a long-term plan to solve skill shortages and will emphasise a need to boost British exports.

Tesco removes Marmite and other Unilever brands in price row

Cost of living: Rise in Britons saying they skip meals or go hungry