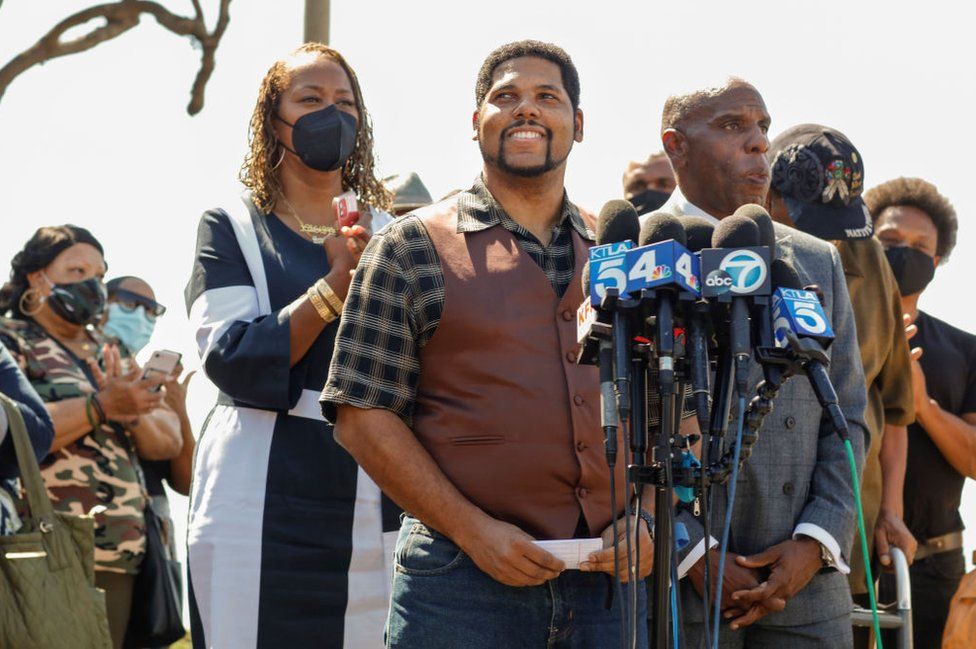 A prime beachfront resort seized from its black owners nearly 100 years ago has been returned to their descendants by officials in Los Angeles.

Bruce's Beach was purchased in 1912 to create a beach resort for black people at a time of racial segregation in southern California.

Located in the desirable city of Manhattan Beach, it was forcibly taken by the local council in 1924.

But on Tuesday, Los Angeles officials voted to return the land to the family.

Willa told a reporter at the time: "Wherever we have tried to buy land for a beach resort, we have been refused, but I own this land and I am going to keep it."

Over the next decade, Bruce's Beach became a "citadel for African Americans coming there for leisure from all over the rest of southern California," family spokesman Chief Duane "Yellow Feather" Shepard told the BBC last year.

But the local police department put up signs limiting parking to 10 minutes, and another local landowner put up no trespassing signs, forcing people to walk half a mile to reach the water, he said.

When those measures failed to deter visitors, the local authorities seized the land under eminent domain laws – designed to let the government forcibly buy land needed for roads and other public buildings.

Officials claimed they planned to build a park. That did not happen until many decades later, and the area remained vacant in the interim.

On Tuesday, the motion to return the land acknowledged, "it is well documented that this move was a racially motivated attempt to drive out the successful black business and its patrons". 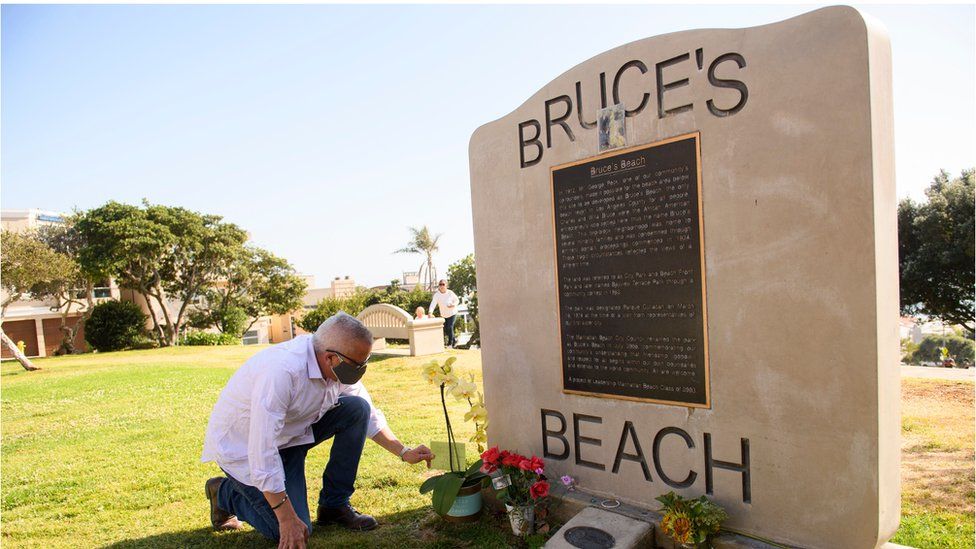 The return is the result of a lengthy campaign and difficult process. The beach has for years featured a memorial plaque to Willa and Charles, and the state legislature had to pass a law to allow the return of the property.

Now, the city will lease the land from the family for $413,000 a year – with a clause allowing the future purchase of the land for up to $20m plus costs, according to the lease agreement.

"This is a day we weren't sure would ever come," Anthony Bruce, a great-great grandson of Willa and Charles said – calling it "bittersweet".

"We hope this opens people's eyes to a part of American history that isn't talked about enough, and we think it's a step toward trying to right the wrongs of the past."

And the impact of the seizure is arguably still felt today, Mr Shepard has previously said.

"We were just ousted from that community… there's only 1% representation of African Americans in Manhattan beach at this time," he said – a figure backed by the city's census data.